Spring 2022 to be confirmed

Tasmania, Australia’s smallest state and the most geographically diverse, sits 240 kilometres south-east of mainland Australia. There are more than 1,000 mountain peaks, four mild seasons and more than 40 per cent of the island is protected as national parks and reserves. Hobart is the second oldest city in Australia. It grew out of the penal settlement on the island at Risdon Cove, eight kilometres up river, founded in 1803 and abandoned five months later for the present site of Hobart. The city has many beautiful historic buildings and precincts, especially in the area around the river. There are many fine examples of Georgian and Victorian architecture, such as Salamanca Place, which has a terrace of warehouses dating back to the whaling days of the 1830s. On the western side of the Island - the spectacular Gordon River and Cradle Mountain National Park form part of our Tasmanian experience. 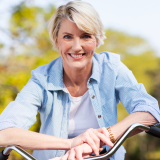 The door to door transfers on the Tranzit Travel Club tours are such a bonus. Being picked up at my door and dropped back after our travels made things so easy! - Liz Black

Register for this upcoming tour

Show your interest in this tour