Take the Tranzit bus to see Ben Hurley’s “Straight out of lockdown” tour at the Carterton Events Centre on August 20th.

We all know Ben from his TV appearances on 7Days, The Project and The Comedy Gala. He’s won all of the awards - The Fred, The Billy T, NZCG Best Male and NZCG Best MC and definitely has the chops, and the beard, to make a great show.
Since lockdown, Ben has teamed up with the “Save Our Venues” campaign figuring out that comedy is the perfect way for venues to operate in a level one scenario. Tranzit thinks so too

So, to make the evening even more enjoyable and stress free, we are putting on a bus from Masterton to Carterton return and are currently taking a register of interest for those living in South Wairarapa.

Live in South Wairarapa?
Register your interest for a shuttle by emailing tours@tranzit.co.nz
For show tickets and details head to www.cartertonec.co.nz/whats-on 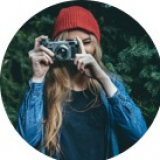 I bought our Tranzit tour to the West Coast as a birthday present for Mum. We loved travelling together and made so many memories. I have travelled this coast before and never seen the views I saw from the coach - just amazing! - Meg453, Trip Advisor